Eliza is a recent graduate of ClarionWest. Her short story "A Dancer for Aonou" is slated for 2012 publication in Kaleidotrope.

The dim overhead light intensifies the shadows beneath my eyes until they become like bruises. Little pockets of darkness I carry my nightmares in.

I want to sleep, but I cannot. The few hours a night when my eyes are closed bring me visions of Japan and my last days there. The face of my patron twisted in pain haunts me. The feeling of his blood seeping over my fingers will not leave.

I yearn for rest—for peace.

The war between my country and the United States is over. The war inside me rages on. 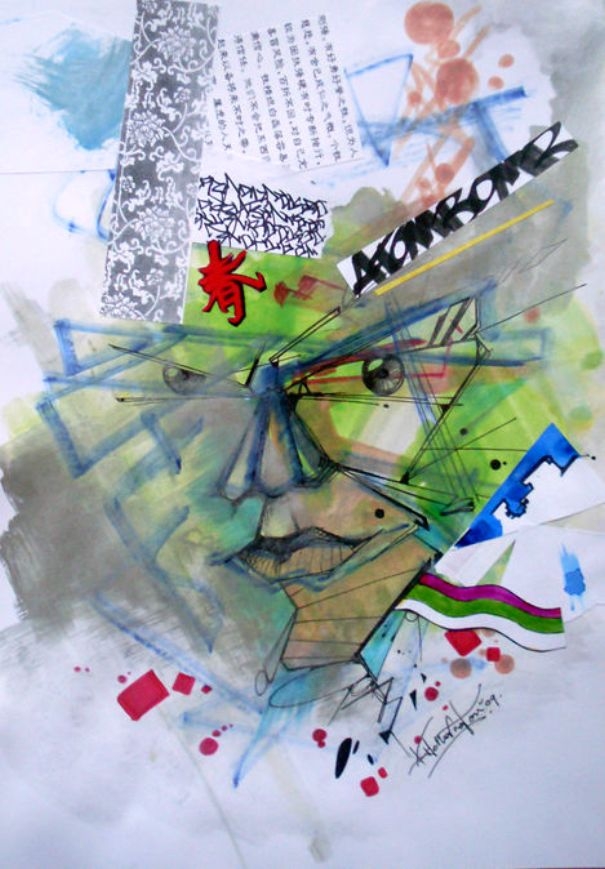 Storm of Change by Karim Heatherington

There are two men at table three, with dates. They are the only customers in the Good Luck Bar, and I am the only waitress. The girls look at me with narrowed eyes, suspicious. The men have the cocky bearing of sailors, but only one of them seems to undress me as I set down their beers.

“Hey there, Miss Saigon,” the one with the roving eyes says. “My buddy here just got back from the far East. Hey, Jerry, how do you say hello in Nip-speak? Coneychee? That right?”

“Konnichiwa,” I say. The first man guffaws, slaps his thigh. His other arm slips around the girl’s shoulders.

“Did you hear that? Say something nice for my girl.” He looks at the girl. “How about it, honey? What do you want her to say?”

The girl chews on her lip, leaving flecks of red lipstick on her teeth. “Tell me how pretty I am.”

“Uma ni niteimasu. Kamiga kusso mitai ni kusai desu.” Sugar drips from my words as I describe the girl’s horsey features and dung scented hair. She giggles. Jerry covers his mouth to hide his own laughter, and my stomach twists. He understood me.

His eyes catch mine; his smile softens and then turns dark. I turn away and hurry back to the bar, feeling exposed.

I tuck my tips into my bra: two dollars and ten cents—half my weekly rent. It still feels strange, paying for my own living. In Japan, when I was young, the geisha house took care of me. Then, my patron—but I do not think of him.

George grunts a goodbye as I walk out of the bar and into the cool night air. I pause for a moment to take a deep breath. Car exhaust, cigarette smoke; it is nothing like home. My heels click on the pavement as I walk.

The cigarette smoke comes from a man leaning against the wall, a few feet from the bar entrance. My heels click faster; my heart begins to flutter. His cigarette glows red as I approach.

“Bar is still open.” I say, not stopping.

“I’m not looking for the bar.” His fingers brush my sweater. “I’ve been waiting for you.”

I turn, and recognize him: Jerry, without his friend or his girl. My heart flutters again, but not in fear.

I realize I’d been hoping to find him, too. He drops his hand away from me, and I follow him down the street.